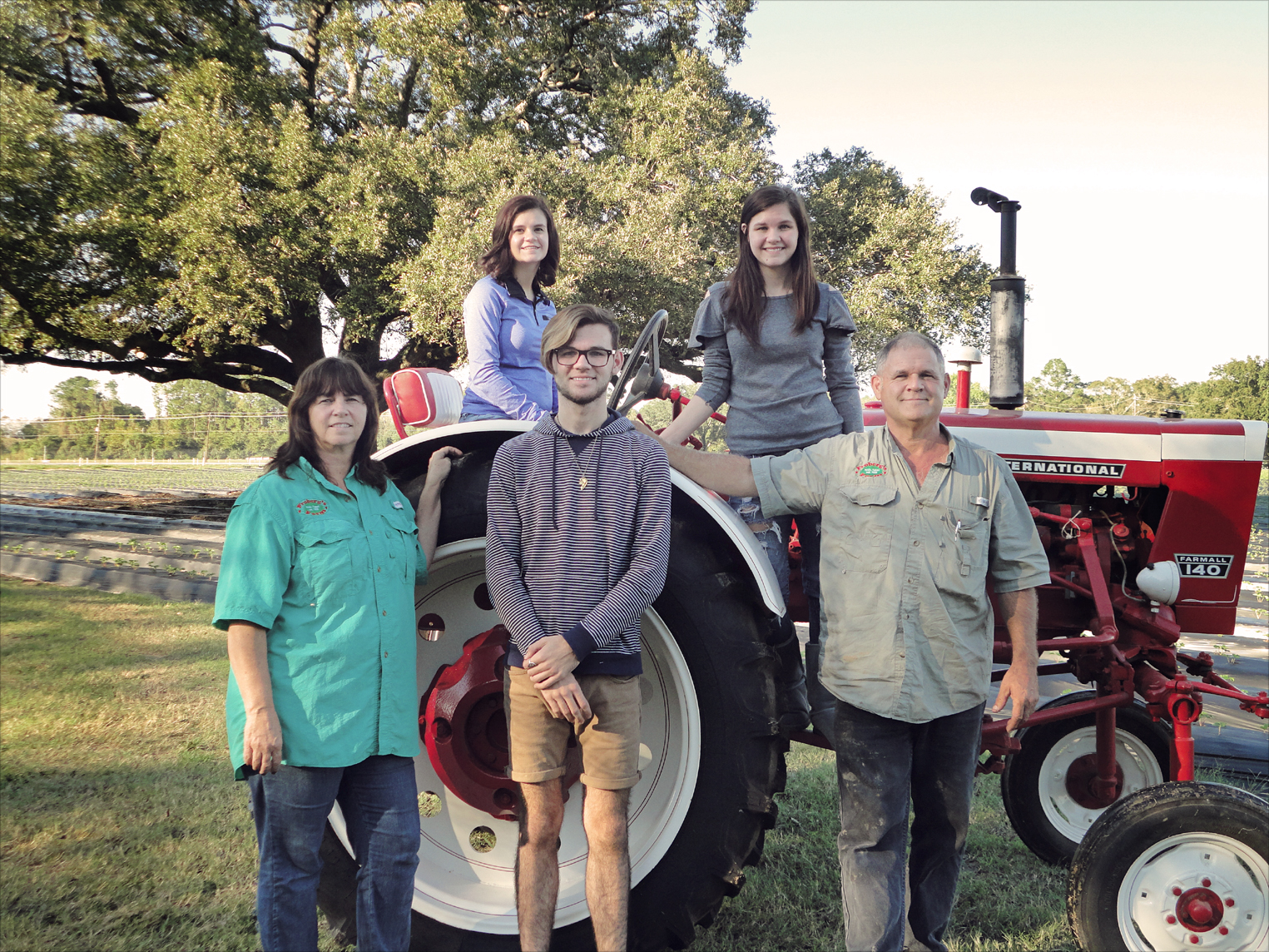 The Froberg’s bought 22 acres (where the store and Froberg’s homes are now located). Strawberries were the only crop they grew at that time. Due to the draft for the war, most men were drafted and that’s when Froberg’s started the “pick your own strawberries”. Fred and Katie had 4 children, the youngest Alfred who was also known as “Coon” helped his dad farm while he was still in high school. Coon went in the Army where he was sent to Korea. While he was gone the Froberg’s struggled with the farm.

When Coon came back, he and Fred increased the size of the strawberry patch and also started growing a few vegetables. Coon and John (Coon’s brother) built tables under two giant trees (one oak and the other pecan). This was the first store on the farm, everyone enjoyed shopping and visiting under the trees.

In 1960, Coon married Jo Ann and they took over the farm operations. Fred passed away in 1961 at the age of 82. Coon and Jo Ann had 5 children Richard, Kathy, Alfred Jr., Lisa and Paul whom helped on the farm. In 1978, they built a winter store. Everyone enjoyed the winter store. When it was cold, customers would sit around the wood stove while Coon cracked their pecans. In 1988, Alfred Jr. married Nina they helped on the farm. A year later, Nina started making pies and selling them in the store.

In 1993 they started making fried pies. Alfred and Nina have 3 children: Ashley, Clara and Alfred III (Bubba). In June 2002, Coon passed away at the age of 74. Not long after Coon died, Jo Ann retired leaving Alfred and Nina in charge. Alfred started farming more land and a more variety of fruits and vegetables. The business had grown considerably over the past 70 years, so Alfred and Nina built a big store which opened April 12, 2003. In 2006, Froberg’s started letting the public pick strawberries, which has become the farm’s biggest attraction and only gets more popular each year.